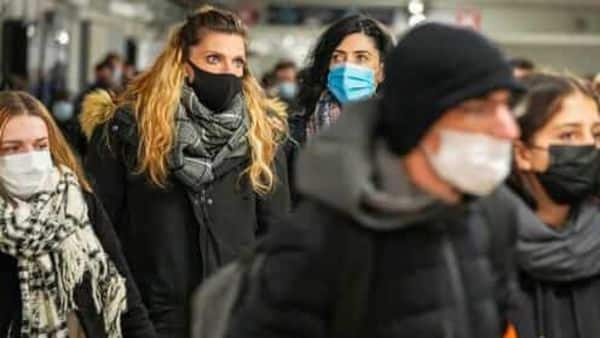 Once upon a time, during the exhilarating and materialistic decade of the 1980s, the expansion of multinational corporations was seen as a means of transferring skills, creating jobs and developing emerging economies. Companies told their shareholders bedtime stories in which they dreamed of a McDonald’s in every public square, a Honda in every garage, and a Coke in each hand, and they all slept soundly as their dreams came true. were coming true.

In the 1990s, it was not just private companies that were successfully expanding beyond national borders. Thanks to advances in telecommunications, networks of transnational nonprofit organizations have proliferated across the world, connecting like-minded citizens of the world. The growing power of this connected civil society regime was famously described by Jessica Mathews in her 1997 article Power Shift, in which it was suggested that these networks were disrupting the traditional boundaries of nation states – and governments – established with the Peace of 1645. of Westphalia.

Another vision of Mathews’ ‘new medieval world order’ was put forward in the same year by Anne-Marie Slaughter, who postulated that the state, rather than being weakened, was transforming into a new transgovernmental order. , in which governments around the world were connected and working together, whether in banking, antitrust, environmental or justice.

However, as the new world order formed, the new transgovernmental bodies could not quite keep pace with the demands for accountability of a proliferating and noisy civil society. Towards the end of the millennium, churches, rock stars and Oxfam came together in a holy trinity and succeeded in pushing for debt relief in Africa. The Bretton Woods sisters have capitulated to these unlikely alliances across the North and South of the planet. The debts were canceled, but the alliances remained. Globalization was next on the block.

When the ball was over, civil society realized that rapid globalization really had its annoyances. Stiglitz and others lamented the growth of multinationals and their quest for profit which had made the world uniform, silenced the cacophonous hawker stalls and bankrupted the Chaiwaala neighborhood, quietly aided by the humble consumer.

The same favorable winds that had sustained the rise of transnational nonprofit organizations were now fueling the rise of transnational terrorist networks. States have responded with more powerful transgovernmental bodies and more powerful cooperation, armed with new laws and technologies. But they still couldn’t stop the big bad wolf of terrorist networks or promote geopolitical stability.

Mathews’ transfer of power from states to transnational networks continues to have cataclysmic effects on the world stage. The most common networks of this type today are the virtual communities of “Baby Zoomers” driven by social media, e-commerce and artificial intelligence. Accelerated by the pandemic, this elite generation of young people around the world have shared cultural affinities and instant access to Google, Spotify, YouTube, Amazon and a plethora of online games. Virtual technologies are replacing or eclipsing traditional forms of data and information collection, communication, entertainment, sports, shopping, money and even political participation. Purchasing power parity may soon need to be measured by the cost of high-speed internet data rather than that of a Big Mac.

The rise of elite virtual transnational networks has exacerbated inequalities, especially during the pandemic. Those who have access to technology and capital have benefited from uninterrupted employment, education, and access to the latest vaccines and health care, while those who do not have lost their jobs and their health. educational prospects. Many states have struggled to alleviate these inequalities, or growing disenchantment as people realize that they sometimes have more in common with their transnational networks than with their fellow citizens. Yuval Harari’s dystopian reality of two worlds, one inhabited by owners of capital and technology and the other made up of unskilled and unemployed workers programmed to entertain themselves on video games in order to avoid social unrest , seems to be very close. Virtual communities have become the opiate of the masses.

As humans, we are the descendants of peoples who have traveled to distant shores to survive, trade and communicate. Harappan seals from the Indus Valley dating to 3000 BCE have been found in Mesopotamia, indicating a flourishing trade between the two ancient civilizations. Along the legendary Silk Road, silk, goods, ideas and inventions have been traded for over a thousand years. The number zero, algebra, gunpowder, religions, the Enlightenment, and even the concept of non-violence have spread around the world like wildfire. Our desire to travel, share and connect will continue to define us as humans. Yet the proliferation of virtually connected transnational networks is altering the very fabric of human society and straining the concept of a sovereign state. At the same time, the global divide between the privileged and the less privileged is here to stay and is likely to cause enormous tensions in a world where the state risks losing all relevance. States, civil society and citizens must reflect, prepare and prepare for this new world order if we are to live happily ever after.

Shonar Lala is a development economist who has worked at the World Bank and the International Initiative for Impact Assessment.

* Thank you for subscribing to our newsletter.