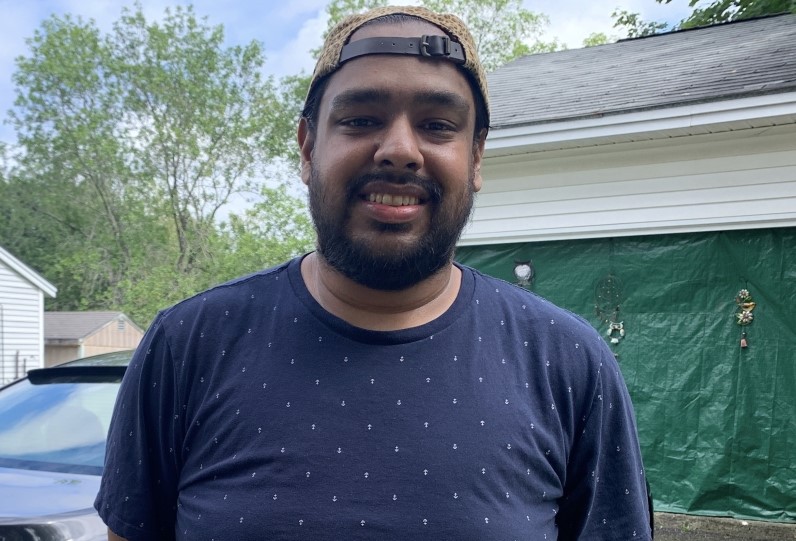 Tahmoor Khan and his family have lived in Bangor for almost three decades. So he was filled with shock and anger when he saw his car spray painted with racist language on Friday night.

” It’s obvious. It’s disgusting, ”Khan, 33, said in an interview on Monday. “It’s just odious for them to come into my driveway, into my house and write those kinds of words.”

The perpetrators, who Bangor police identified as two 15-year-old girls, spray-painted the N word repeatedly on Khan’s car as it was parked at his home on Bolling Drive on Friday. The graffiti included a call to kill all black people and a line that appeared to say “KKK Supporter”.

The minors were arrested soon after and received summons for criminal mischief, Bangor Police Sgt. Wade Betters said Monday. They were handed over to the care of a parent. The Bangor Police Department has alerted the Maine Attorney General’s Office, which has the power to lay hate crime charges.

Khan posted about the vandalism on Facebook on Saturday, and word has spread on social media across Maine, and even nationwide. Khan said he was encouraged by the outpouring of support. Darkside Mobile Auto Detailing in Hermon removed racist language from his car for free, a job that would have cost up to $ 300 otherwise, Khan said.

He was also grateful that no one was hurt.

This is not the first time that Khan’s family has been the victim of racist assault. A man reportedly threatened to kill Khan’s father, Noor Khan, at the family’s Pakistani restaurant Bahaar in downtown Bangor, four days after the September 11, 2001 attacks. The man, who was later found not guilty of criminal terrorism, also reportedly told a restaurant employee to “go back to where he came from”.

Three days after Friday’s vandalism, Tahmoor Khan said it was “heartbreaking” that such a thing had happened to him in Bangor. He has known people who are prejudiced and racist, but never so openly, he said.

While Khan is a first-generation Pakistani-American and the vandalism of his car was anti-black, he said the intent was clear and hateful.

However, he said it was far from representative of his experience living in Bangor, where he said people had always been kind to him and his family.

“There are a few bad actors,” Tahmoor Khan said. “But you are also going to find the right one in people, the beautiful souls of the people.”

Tahmoor Khan said he did not know the girls accused of vandalizing his car and was not clear on a potential motive except that it was undoubtedly a “racist hate crime”. He believes it could be related to his local activism work, which has included organizing Planned Parenthood and working for various Democratic campaigns.

“At the end of the day, I think it’s just because I’m a dark-haired person and they felt like they had to target someone,” Khan said. “And they did.”

The vandalism shows that people need to establish a culture in Bangor in which all forms of racism are unacceptable, Racial Equity and Justice, a local anti-racist group, said in a statement.

“Because this incident happened, it shows that there are still people in our community who believe these actions are supported and justified,” the statement said.

On Monday, the Council on American-Islamic Relations, a civil rights group that defends American Muslims, called for hate crime charges against the minors. Tahmoor Khan is a Muslim.

Khan’s next door neighbor, Kyle Prim, had picked up his McDonald’s at UberEats on Friday night when he saw two people spray painting Khan’s car. He turned on his phone’s flashlight and they fled.

“They are probably one of the best neighbors I have ever had,” Prim, 23, said of Khan and his family. “I feel so bad for them because they didn’t deserve this.”

Although racist vandalism has been removed from Tahmoor Khan’s car, damage remains. The couple used sandpaper to scrape their entire car, including “KKK” in the hood. The couple also plucked flowers from the Khan family’s garden and left spray paint cans, sandpaper and acetone behind when they fled.

“They planned to do more damage,” Tahmoor Khan said.

Khan said he had mixed feelings about speaking with the culprits at this time. Yet, if he could speak to them, he would only have one message.

More articles from the BDN