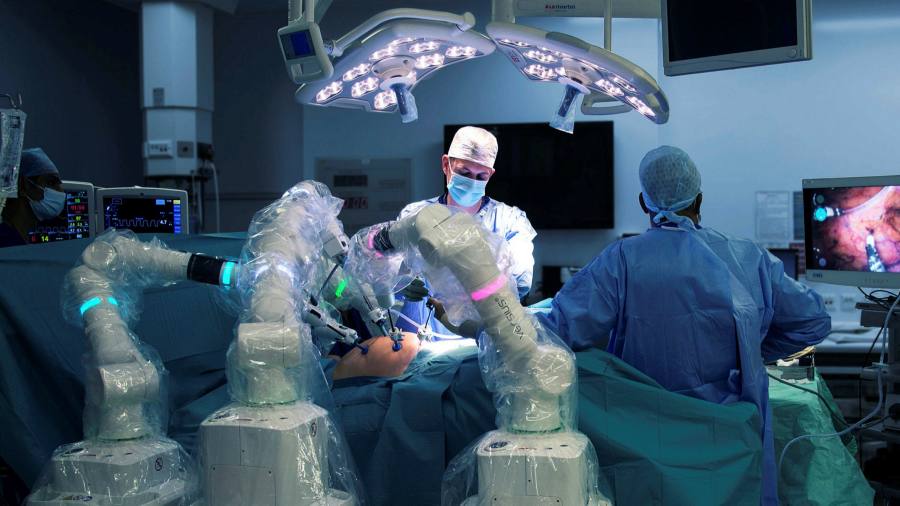 British robotics start-up CMR Surgical has raised $ 600 million in what it says is a record-breaking private financing round for a medical technology company, pushing its total funds raised above $ 1 billion and it giving a valuation of $ 3 billion.

The Series D funding was led by SoftBank Vision Fund 2, the Japanese conglomerate’s second major venture capital vehicle, to which it allocated $ 30 billion.

CMR will use the investment for the global commercialization of its first product, Versius, which launched in 2019 and provides surgeons with multiple robotic arms to perform a wide range of keyhole operations.

About half of the roughly 1,000 procedures performed with Versius – in the United States and Europe, Australia, India and the Middle East – have been in gynecology, particularly hysterectomies and colorectal surgery.

The funding will also help the Cambridge-based company expand research and development, adding more data processing and digital information to its robotic system.

Per Vegard Nerseth, Managing Director. said CMR aims to increase its workforce to 1,800 employees by 2025, from 700 today.

“This important injection of capital. . . will enable significant technological developments and global expansion, ”he said. “It was so oversubscribed that we were able to harvest more than we expected.”

CMR said the funding was the world’s largest private funding round in the medical technology sector, citing data from PitchBook.

Nerseth declined to release CMR’s sales figures, but said the company expected to have an installed base of more than 1,000 Versius systems by 2025.

She had not considered raising funds through a stock market listing, he said, adding that “we want to remain a private business for a while, even if that doesn’t mean a IPO would not be an option for the future ”.

The company says estimated global sales of surgical robots will reach around $ 5 billion this year, mostly in North America, and are growing by nearly 20% annually. The market leader is Intuitive from the United States, whose da Vinci systems have performed 5 million robotic operations.

All of today’s surgical robots function as skillful assistants, helping human surgeons to control their movements. Autonomous surgical robots are not expected to operate independently for many years.

SoftBank Vision Fund 2 has contributed approximately three-quarters of CMR’s $ 600 million funding round and will serve on the company’s board of directors. He will become CMR’s second shareholder, Escala Capital, which has been investing in the company since 2014, remains the first.

Although Vision Fund 2 has made more than 80 investments globally since October 2019, including 13 in Europe, CMR is only its second in the UK. He led a $ 225 million Series D in April for Exscientia, an Oxford company using AI to design drugs.

Yanni Pipilis, Managing Partner of SoftBank Investment Advisers, has high hopes for CMR. “The demand for minimally invasive robotic surgery is growing rapidly among surgeons and patients, but high costs have historically hampered adoption,” he said.

“CMR is transforming surgical robotics [for] new international markets where robotic surgeries are less common, such as India, the Middle East and Latin America.