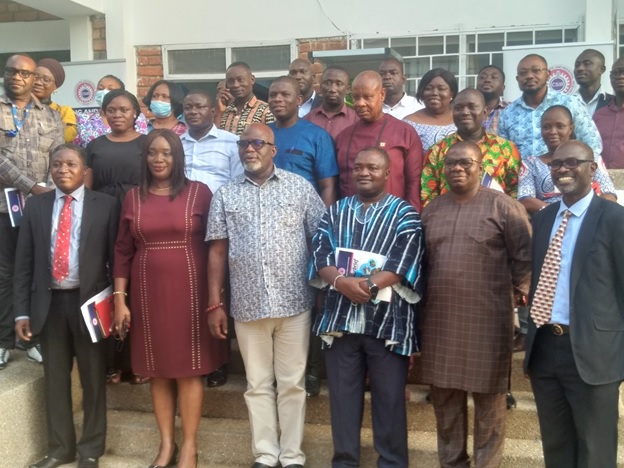 The Scientific and Industrial Research Council (CSIR) has been invited to take measures to show its impact on the national economy in order to attract the necessary funding for research and development.

It should be able to present to decision-makers a strong case, supported by empirical evidence, about its contribution to the country’s gross domestic product (GDP), in order to remedy the continuing lack of funding for its research activities.

Dr Emmanuel Marfo, chairman of the special parliamentary committee on environment, science and technology that launched the appeal, said budget allocations to different sectors by the finance ministry were mainly based on ‘who contributes what to the economy ”.

He was speaking in separate meetings with the Internal Management Committees (IMC) and staff of three CSIR institutes in Fumesua in the Ashanti region during a working visit of the select committee.

The purpose of the visit was to get acquainted with the activities and challenges of the institutes and also to discuss how the Committee could best defend their interests in parliament.

Dr Marfo stressed the need for CSIR and other research institutions to prepare an analysis of their impact on the economy at the micro and macro levels in order to influence policies on science, technology and innovations.

“If you are able to show the impact of science on the economy, it will be the start of a very serious discussion about financing,” he said.

He also stressed the need for CSIR to communicate the relevance of research and development to those who matter in decision-making.

He said that although one percent of GDP is supposed to be spent on science and technology, the last time he checked, the entire budget of the Ministry of Environment, Science, Technology and Innovation (MESTI) was far from this percentage.

Distinguished Committee member Mr. Ebenezer Okletey Terlabi commended the institutes for their extensive research work, but said they were not telling the stories for the necessary recognition of their immense contributions to national development.

He said the Committee was ready to represent them in Parliament and urged them to regularly submit statements and questions through the Committee.

Science and technology, he noted, were the main engine of the economy, but if scientists did not prove their relevance by highlighting their contributions to the national economy, their efforts would not be recognized.