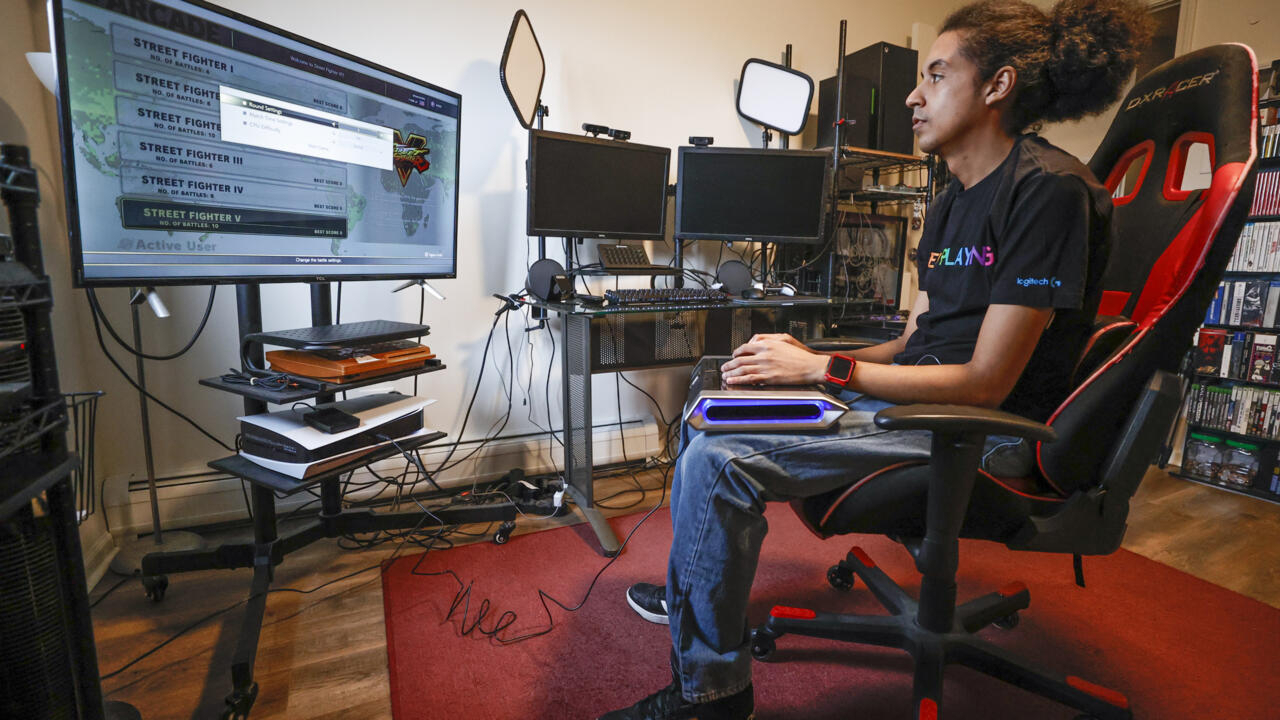 San Francisco (AFP) – Carlos Vasquez is a master of the video fighting game “Mortal Kombat” although he cannot see the action on the screen because he is blind.

The Texas resident – ​​who relies on sound to time punches, kicks and dodges – is part of a chorus of voices calling for greater access to gaming for people with disabilities.

“You have two characters on the screen fighting, left and right, and you just have to memorize the buttons,” Vasquez said, explaining what drew him to “Mortal Kombat.”

Long neglected by the industry, the issue of accessibility is increasingly on the minds of game makers.

There are financial and ethical reasons to open the doors to even more players in the multi-billion dollar industry.

According to the World Health Organization, more than one billion people live with some form of disability.

Microsoft, the tech powerhouse behind Xbox and its cloud game streaming service, estimates there are around 400 million gamers with disabilities.

At his suggestion, the studio added audio cues to help blind players identify objects they can interact with in-game.

Games can be modified to allow artificial intelligence or other human players to assist when needed.

Options can be incorporated to circumvent insurmountable obstacles due to a disability.

“The approach we have is to try to embed accessibility into the DNA of everyone in the company,” said David Tisserand, initiative manager at French video game giant Ubisoft.

“We really want to make sure everyone understands that accessibility is part of their mandate.”

In March, the second annual Video Game Accessibility Awards were given to the titles best suited for people with disabilities.

“Things are a lot better than they were decades ago, because games can be fixed somewhat with update patches,” noted Chicago-based gamer Chris Robinson, who was born deaf and hosts the DeafGamersTV channel on the video game streaming site Twitch.

Helpful visual or audio features in recent releases such as “Last of Us Part II”, Marvel’s “Guardians of the Galaxy”, and “Far Cry 6” have received accolades from gamers with disabilities.

Despite the progress, players interviewed by AFP were adamant that more needed to be done and wanted to be heard in the process.

“The other challenge is communicating with other players who can hear,” said Soleil Wheeler, a 16-year-old deaf player who uses the “Ewok” grip.

The teenager is looking forward to when conversations in online multiplayer games will be displayed as real-time captions during gameplay.

Hardware accessories are in short supply for gamers with limited use of their hands, said David Combarieu, director of Hitclic, a French startup that designs equipment for people with motor disabilities to play at a competitive level.

Online platforms have a wide range of gamers, but they can still be harassed with insulting or abusive comments from “trolls” and “haters”, said teenage gamer Wheeler.

“I don’t let them waste my time,” Wheeler said. “I choose my battles wisely as I navigate life.”