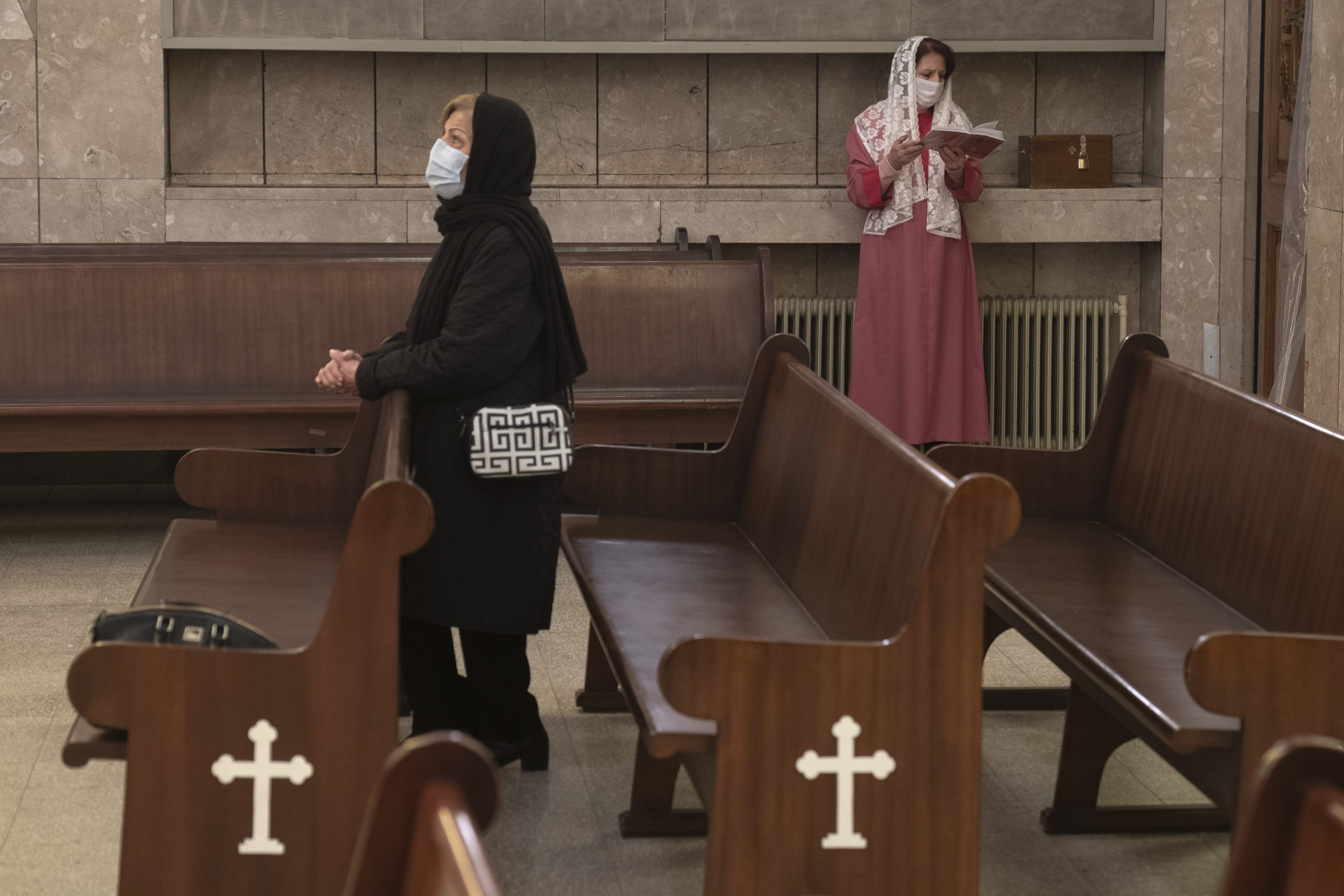 It was the last week of September 2020 when a converted Iranian-Christian couple lost custody of their two-year-old adopted daughter, Lydia. The court statement mentioned that Lydia had a strong attachment to her parents since they were granted temporary custody in February 2019. They also agreed that Lydia was born with a poor health system and sought medical treatment.

Despite these vital facts for Lydia’s best interests, the District Court and Court of Appeal in Bushehr, a southern port city, rejected the parents’ request for custody. The tribunal revoked guard of Lydia because “[the parents] converted to Christianity.

Sadly, Lydia is not the only child whose best interests have been neglected and rights violated due to discrimination and unfair laws in the Islamic Republic of Iran. In practice, Iranian discriminatory law affects almost all aspects of the lives of minority children, such as safety and well-being and access to health and education.

In another case, Darya, an eight-year-old girl, could lose her parents for more than two years due to incarceration because they are of the Bahá’í faith. The Iranian constitution does not recognize the Baha’i religion and the Iranian authorities deny their most basic human rights. Most of the time, the courts see the Baha’i Faith as an opposition group, and the judge will likely punish Darya’s parents on that basis. This is in direct contradiction to the Family Protection Act, which calls for “to ensure that the best interests of children and adolescents are respected in all decisions of courts and executive officials”. Ironically, this very act was called an accomplishment in the 2016 report of the United Nations Convention on the Rights of the Child.

Systemic discrimination against all religions and beliefs

In January 2020, some Bahá’í families were Recount that they must declare their religion in order to obtain a national identity card. However, the Iranian constitution recognizes only four religions: Islam, Christianity, Judaism and Zoroastrianism. In this way, Baha’i families, Yarsanies, Saba-Mandaeans and other religious or atheist minorities must either lie to receive a national identity card or be denied access to services such as insurance, education, banking and, more recently, public transport.

In March 2020, the Iranian Supreme Court approved the rights of Baha’is to access the national identity card, which has helped some to assert their rights. However, the lack of transparency and the unwillingness to protect the rights of minority citizens remains a source of concern regarding the rights of their children to access essential resources. It is the fragility of the life of minorities in Iran.

It should be noted that the apparatus of the Islamic Republic, such as the Imams of Basij and the Friday Prayer, has played a role in promoting these rights violations. Hate speech and appeals to Bahá’í families kafar (infidels) of Islam is commonplace in Iran. It can also lead to death, as was the case in the southern port town of Bandar Abbas in 2013 after a hate speech by an imam on Friday. Ataollah Rezvani, a father of two and an active member of the Baha’i community in Bandar Abbas, was shot dead in August of the same year. Unsurprisingly, the justice system dropped the investigation into his murder.

Likewise, in May 2020, Islamic Republic of Iran Broadcasting interviewed a woman who claimed to be a “Bahá’í survivor” and made false accusations about the Bahá’í Faith in the program. Mesl-e Mah (Like a Moon). She asserted that “the Bahá’ís see themselves as a member of a sect, not a religion”, and that they have been guided by the United States, Britain and Israel and “want that ‘Islam be destroyed’.

However, this hateful and discriminatory speech is not unique to the Baha’i Faith and includes other religious minorities such as the Saba-Mandaeans. Even when choosing and officially registering a Mandean name increases “Great fear” of being insulted and facing educational and financial obstacles, one of the community members told Behnaz Hosseini, a researcher at the University of Oxford. As Hosseini noted in his March report, the Sabaean-Mandaeans are often referred to as “infidels and unclean Muslims in mosques, which has had a negative impact on [their] collective emotions.

Children are discriminated against in education

In Iran, children are expected to announce their religion in school and are treated differently depending on their responses. Children of the Baha’i Faith to have rough discipline, such as being “insulted, degraded, threatened with expulsion and, in some cases, summarily dismissed from school”.

Since the 1979 revolution, preventing Baha’i children from attending school has been systematic and top-down, including the Ministry of Education and the Supreme Council for the Cultural Revolution, whose members are appointed by the Supreme Guide. Designing and implementing policies and plans in cultural and educational systems, such as schools and universities, is part of the Council’s main mission.

In addition, other children are encouraged by teachers and school principals to emotionally abuse minority children in school. For Example, school-aged children in the western province of Kermanshah were called to the front of the class and forced to listen to their classmates insult their religion. In other Account, an elementary school student said his classmates avoid touching them because they have been told that Bahá’ís are najes (impure).

This does not mean that children who belong to other minorities (Christians, Sunnis and other formally accepted minorities) have no problems at school. They usually have to attend separate classes separated according to their faith. The ideological hatred and discrimination do not end there. It is also merged with most school subjects, such as history, sociology, and even the Persian language. Research by Saeed Paivandi, academic at the University of Lorraine in France, shows that “the appearance of discriminatory attitudes is not accidental or sporadic but continuous, coherent and systematic”. Children from Shiite families also learn the Islamic Republic’s version of Shiism, while children from secular and atheist families do not have the chance to learn their families’ ways of life.

The International Covenant on Civil and Political Rights, ratified by Iran in June 1975, demand states parties to “respect the freedom of parents and legal guardians” and to allow parents to educate and bring up their children according to their religion, beliefs and culture. However, Iran uses Islam as a tool to control its citizens, regardless of their religion or beliefs.

It should be noted that children are also denied their choice of lifestyle because of their religion or beliefs and those of their families. For example, girls as young as seven, regardless of their religion or belief, are expected to wear the hijab in public. Families who believe their daughters should not wear a hijab at a certain age or not at all must obey this discriminatory law, which violates children’s rights at different levels (i.e. mobility, health and freedom). of choice). This corresponds to the November 2020 report of the United Nations Human Rights Council, which referred flagrant violation of fundamental freedoms, including the right to practice any religion and the rights of minorities in Iran.

A law that has not yet been applied

There has been public pressure on the Iranian government to protect children’s rights. On June 13, 2020, then President Hassan Rouhani enacted a bill to protect children in Iran. This “holistic but discriminatory” law applies to all people under the age of eighteen, regardless of their parents’ religion or beliefs. The bill can protect all school-aged children from all kinds of violence and assault and focuses on the most basic rights, including the rights to health and education for all children, regardless of either their religion or their convictions. However, more than a year after the new law was ratified and signed, there is no sign of implementing the protection it claims to offer to all children in Iran.

Children cannot stand up for their rights and their rights to be heard have been denied in the Islamic Republic. It is the duty of activists, researchers and journalists to take a stand on their behalf and be their voice. Whenever you advocate for human rights, it is imperative that children’s rights are included as well, especially minority children. Nevertheless, the violation of the rights of religious minorities is systematic in Iran. As such, the defense of minority rights must address the root of the problem: discriminatory laws and regulations in Iran.