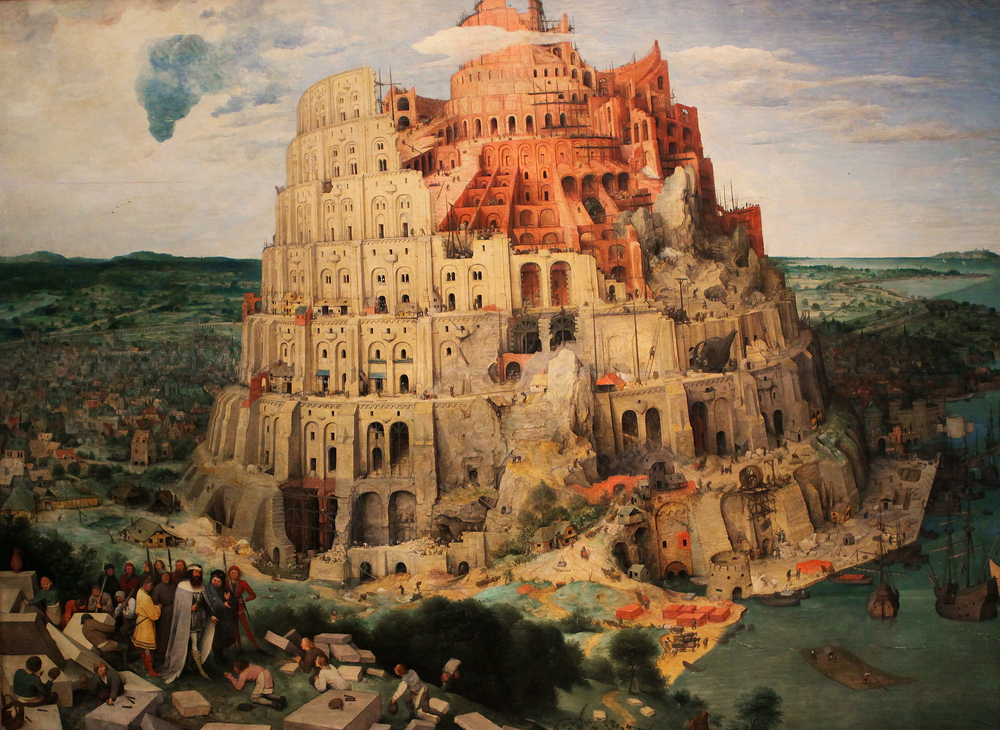 One of the very first stories in the Bible – not long after Noah parked the boat and let everyone out – is the story of the Tower of Babel. You know the one. People start to build a very tall tower so, to stem the tide of their pride, God confuses human language and scatters the city dwellers across the world. There is a lot of scholarly discussion around this story (and similar stories that appear in other ancient texts), but one of the main takeaways is that God was not a fan of the Tower of Babel. . Which means there is only one thing to do: rebuild it!

It is in any case the idea of ​​Ken Ham. He is the young Earth creationist behind Answers in Genesis who founded the Creation Museum and the Ark Encounter, exhibits that provide evidence of Ham’s interpretation of the early chapters of the Bible. Now it is seeks to extend to the Tower of Babel, which Ham says will be a “replica” of the tower itself (although Genesis itself offers few details on the structure).

Well, what could possibly go wrong? Granted, the only historical example we have of attempting to build the Tower of Babel led to calamity, but it was probably a unique thing, wasn’t it?

Now ham admits that “this structure may seem like a strange addition for a ministry devoted to upholding the authority of the Word of God and spreading the gospel through its many activities.” But he assures us that his motives are “diametrically opposed to the reasons of the original manufacturers more than 4,000 years ago”. Well, that’s a relief.

Its real reasons seem to be related to… critical race theory? Yes, the infamous daytime bogeyman seems to be the motivator here. Ham maintains that the theory of evolution is inherently racist, and his new exhibit on the Tower of Babel will help dispel the influence of CRT, which he calls an “unholy idea that we must ask people to see and judging people based on the level of melanin in their skin, which is the opposite of what Scripture teaches.

This is an insulting and reductive definition of critical race theory, the complex corner of legal universities that has become a source of much tension in culture wars. As we have written at length, the Critical Race Theory argues that society is divided into streaks of power, and in the United States these streaks have historically been racially divided in a way that continues to affect our lives. today. In other words, while a more traditional view of racism considers that people may be racist, critical race theory holds that systems can also be racist, whether or not those participating have deliberately racist views.

In fact, Ham illustrates this point in his own article on the Tower of Babel exhibit. He writes that “while most evolutionists are probably not racist, the philosophy they defend is inherently racist, implying that some groups of people are more closely related to apes than others. Whether or not you agree with his assessment of the racist roots of evolution, this is a good example of critical race theory in action. Individuals, he argues, are not racists, but they participate in a system that supports racism.

What does all this have to do with the Tower of Babel exhibit? Well, Ham says the story of the Tower of Babel illustrates the true origins of racial diversity, so the exhibit will fight the CRT’s “divisive” agenda which he says is being promoted by “education systems and schools. politicians in Western countries ”.

It certainly sounds like Ham is well meaning here, writing that he hopes to “proclaim the true history of mankind as described in the Word of God.” But too many Christians oppose critical race theory when, in fact, a good understanding of it can be a useful tool in combating racism in the world around us. To make CRT a super villain, his critics have resorted to strawman arguments that bear little resemblance to reality. And when you invent your own language to justify a new culture war, building a new Tower of Babel becomes sadly appropriate in more ways than one.