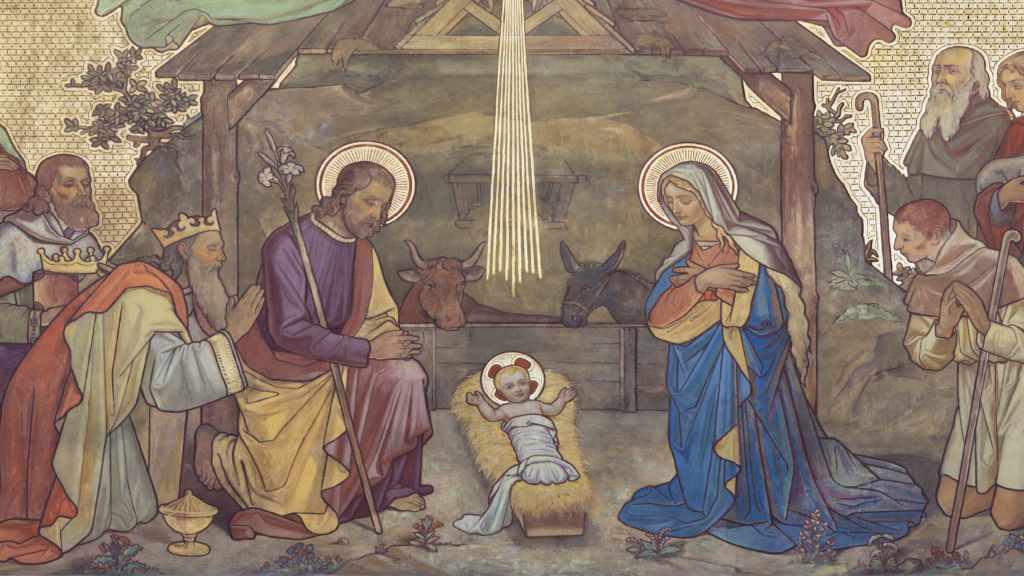 Editor’s note: This essay, originally published a year before the emergence of the global coronavirus pandemic, takes on new meaning in light of the failure to find a common language around Covid-19.

MMedical parables are everyday stories passed from doctor to doctor across an operating table, between patient visits on tour, or during the transformation into a scrub in the locker room. Through humor, sarcasm, and sometimes gruesome tales, these stories convey information and culture not found in any textbook.

Sometimes the message is clear and obvious; other times the lesson lurks beneath the surface, dull now but ready to shine with the right context.

A good friend who runs a Pediatric Intensive Care Unit (PICU) at a Boston-area hospital once told me a story that then turned into a parable to me when I spent a week on a mission. medical in the Dominican Republic.

A young boy was admitted to the pediatric intensive care unit because he had difficulty breathing. Caring for a child at PICU also means taking care of their parents and understanding the enormous stress they feel seeing their child in such a dire situation. These parents struggle with a deep sense of helplessness.

When the team came to examine the 7-year-old with his chest heaving and clearly having difficulty breathing, his mother seemed strangely indifferent. “My son is the Lord God Jesus Christ. He will be fine, ”she announced.

I work in a closed psychiatric ward. These days you too

Even in a busy intensive care unit where just about anything that could have happened has already happened, her statement was unsuccessful. From my friend’s account, it was not clear whether the boy’s mother had a profound psychiatric disorder or whether the experience had pushed her into psychosis.

The PICU team believed they needed help. But how can we best help him? How should they engage someone whose response has placed them so outside the norm and squarely in an “other world” of illusion?

With no obvious answers, the team requested a psychiatric consultation. It wasn’t long before a skinny, bespectacled psychiatrist entered the unit. He calmly and attentively listened to the PICU team’s concise account of the situation, then asked to speak with the mother.

She told him the same thing as she told the PICU team, that her son was the Lord God Jesus Christ. The team prepared for the psychiatrist to apologize and discuss with them the range of possible medical and psychiatric interventions for the mother and how to proceed next to care for the boy. Instead, he pulled up a chair next to the mother, and when she reiterated who her son was, he calmly replied, “You must be very proud. “

I thought about this story and looked for its moral while I was in the Dominican Republic to help children infected with a virus that causes juvenile recurrent respiratory papillomatosis. This currently incurable disease continually produces grape-sized lesions in the airways, causing affected children to lose their voice first and then have difficulty breathing.

Our team had traveled to the Dominican Republic to help teach local doctors how to improve the care of these children. But we also hoped to take samples of these growths and bring them back to our labs in Boston, where we were working to find a cure.

On the first day of the mission, we met the children we were to care for the following week and their families. We got the parents together and told them about our plans for child care, as well as our study. We then met each family individually.

In Boston, when I spoke to parents about our study, I usually ran into a multitude of questions that often ended with something like “When will a cure be available?” This question would certainly be one of my first if I had a child with Juvenile Recurrent Respiratory Papillomatosis. But it’s also the one that forces me to take a step back, temper my enthusiasm for our research, and explain and stress how frustrating the pace of research sometimes seems as we struggle, not only to innovate and find. remedies, but also to be safe.

I was ready for the questions I had been asked before. I was not ready for a mother, apparently young enough to be my patient, quietly telling myself that our research did not make sense because her son and the children of other parents were not infected but were cursed because of it. of the “sins” that she and the other parents had committed. I was wondering if she was referring to the fact that Juvenile Recurrent Respiratory Papillomatosis is passed from adult to adult through sexual activity, and then more often from mother to child when a mother has a disease. active and the child passes through the birth canal and becomes infected. When I urged her to ask for an explanation for these “sins,” she cited a short passage of Exodus in which the sons and daughters of idol worshipers suffered and were grieved because of the sins of their parents.

I have spent almost 20 years as an academic surgeon, caring for a wide range of children and their parents and training the younger generations of physicians not only to care for children, but also to interact and talk with their parents. Yet I found myself not knowing how to respond to this woman. I am not a religious scholar, and I often feel that when modern medicine confronts religious beliefs, the resulting debate might as well take place in the ancient city of Babel, where strong opinions are held. expressed in languages ​​that listeners simply cannot understand.

Standing in the heat and humidity of the early morning, I fell silent. Modern medicine brings so many answers and so much hope for a cure. But the roots of medicine cannot be traced back to science alone. They also grow in the underlying soil of human relationships; the power of human touch; the old and faded art of physical inspection and diagnosis; or the linguistic connection of a human seeking a way to hear and accept another’s story, wherever that story may lead.

Simply to dismiss someone’s story as strange, different, alien, psychotic, excessively religious, or disturbed is to create a barrier rather than allowing a door to open, if only to reveal one. crack or a possibility.

Thinking of the psychiatrist’s unexpected and brilliantly connected response to the Boston PICU, I struggled to recall what little I knew from my own Bible readings so that I could respond to this mother on her own terms. My recollection was that the children of idol worshipers were cursed not because of the sins of their parents, but rather because they themselves continued to worship idols.

Beyond the number of cases: what Omicron teaches us

I disagreed with her that she and the other parents had sinned by catching a sexually transmitted disease that had infected their children at the time of their birth. But I couldn’t dispute what she considered her own sin if she truly believed it about herself and other parents. I knew enough Spanish to take my patients’ medical histories and speak with them, but not enough to engage in a religious debate. So I asked one of our translators to help me take this mother a step further and talk to her about how her child and the other children had sinned themselves. I tried to use his own story and explore that.

“It seems to me that there can be two types of children,” I told him. “The one whose parents worshiped idols, then children sinned by continuing to worship idols. But what about those children who came to believe in God and who were not idol worshipers themselves? Weren’t they rather innocent people caught in the crossfire? “

I hoped this mother would hear my primitive religious argument, even if it didn’t stand the scrutiny. After what seemed like an interminable pause, she took a deep breath and said, “Maybe.” There was the hidden crack in the connection that kept our mission moving forward.

One of my favorite childhood authors, Isaac Asimov, once wrote: “Your assumptions are your windows to the world. Rub them every now and then, or the light won’t come in.

Like the PICU team in Boston, I initially assumed that this mother was delusional and should be treated as such. I also assumed that I could convince the parents of the children with Juvenile Recurrent Respiratory Papillomatosis whom I met and treated in the Dominican Republic that our modern medical and cultural methods were simply the truth.

When the psychiatrist told the mother that she must be very proud that her son is the Lord God Jesus Christ, he did not notice any surprise when she replied calmly, “I am.” Instead, they had a long conversation about caring for her son.

I continue to be grateful for my friend’s parable about the PICU, for the lessons I learned from his psychiatrist, and for how the two helped me forge a human connection where I could not. imagine one. The ability to find a common language, to engage and explore in the struggle to fill the “other”, remains a strong and powerful tool in the ever expanding arsenal of medicine.