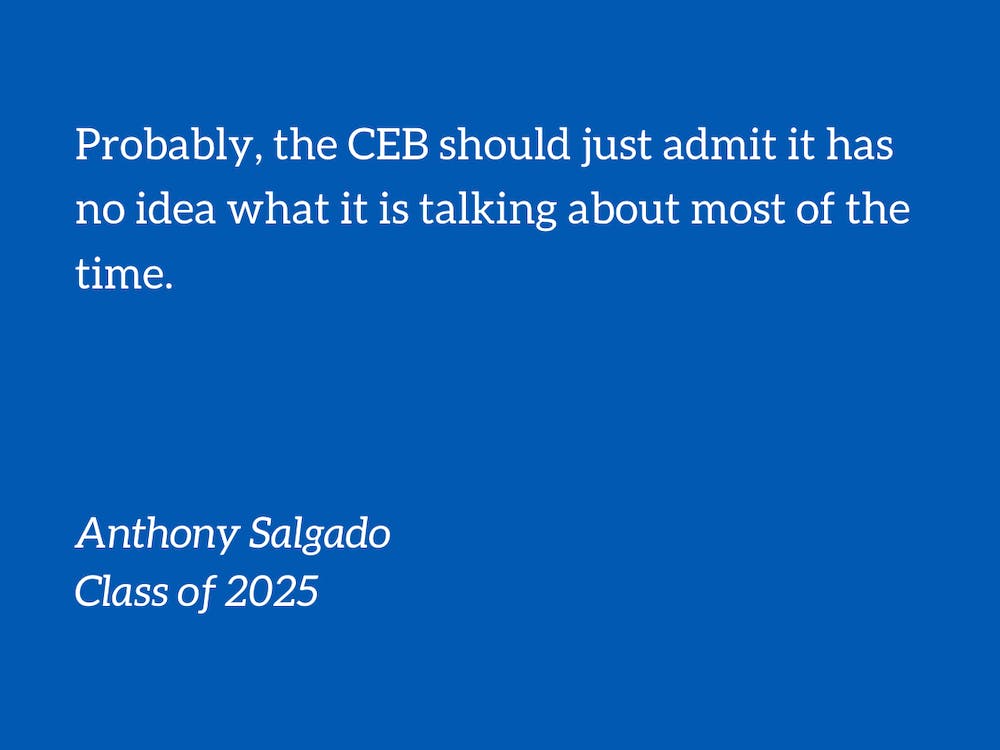 Community Editorial Board (CEB) articles are full of inconsistent, often hypocritical viewpoints that do not represent the student body, and the situation is getting worse and worse. The CEB used to take positions that are objectively good for the student body, such as criticizing Durham’s increase in violent immigration and customs officials, and promoting union and labor efforts. Truly, this group was a force for good for the university to advocate for those who did not always have a voice or whom the university administration chose to ignore. The CEB was once a body that many thought would be happy to support students who had requests and sometimes even asked the university to do more for marginalized identities themselves. Lately, the CEB has opposed student needs, even for movements with overwhelming support such as disability studies and ethnic studies. Somehow their message became undeniably incompatible with the values ​​on which it grew.

The CEB has been reduced to faulty logic and clickbait articles that quite honestly resemble Buzzfeed news. For example, in their recent article, they argue for adoption of the University of Chicago Free Speech Principles. They point out that many universities that adopted these principles would never have endorsed the lecturers who came to Duke. However, many of the universities listed have hosted the same speakers as the review article, including the University of Minnesota, University of Chicago, and Arizona State University, to name a few. . By CEB’s own logic, these speakers would never have doubted their approval by the Duke Student Government.

The CEB also states that SOFC guidelines would never have given speakers the allotted amount and criticized fees. However, just by looking at the CEB site linked in their article, they obviously do. The final event took place at the Griffith Theater which has a capacity of 500. Even if only 200 students showed up for the three events held throughout the week, they would easily exceed the threshold for the amount of funding requested. CEB editors obviously did not attend the event they are criticizing or read SOFC’s funding guidelines, otherwise they would have known.

Finally, the CEB criticized Duke Student Government senators for abstaining from voting on controversial funding legislation without even knowing how the legislative process works. Favorable amendments to finance laws are permitted in the Senate. Fees and travel expenses were two different bills put to a vote and senators debated before anything was passed. I’m beginning to wonder if the CEB has ever attended the Senate? Not to mention, it’s incredibly tone deaf to criticize senators for abstaining on issues they feel uncomfortable with when Chairman Wang has been doxed and harassed online. It is ironic that a giant board built on anonymity and complete lack of accountability criticizes DSG senators who are unable to do the same in the way they vote.

Probably, the CEB should just admit that they have no idea what they’re talking about most of the time. This is just the latest example of a CEB line making clickbait claims, arguing in bad faith, then publishing another article a few weeks later about something less controversial to look like it doesn’t. not be so disconnected. Other Opinion columnists have expressed concern about the CEB, and that deserves applause. The bare minimum you can do as writers is to interview those you criticize or research the topics you decide to publish on.

Because the CEB asks senators not to abstain, perhaps they should publicly reveal the main authors of their articles of the week or how their board of directors votes. To all readers, I encourage you not to read the CEB, and to the CEB, I ask for more accountability. I even deplore the writing of this article, for not giving their article more audience than it already has.

Vice President-elect of Equity and Sensitization

Get The Chronicle straight to your inbox