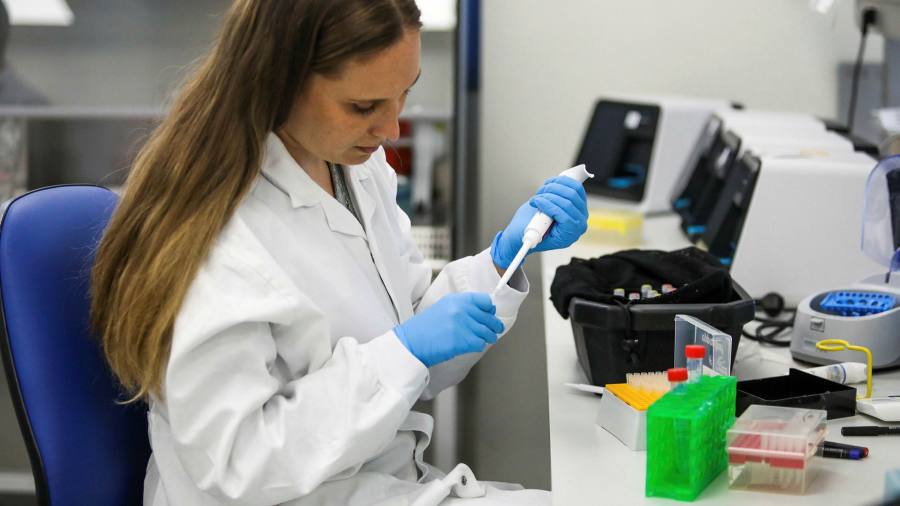 Sign up for myFT Daily Digest to be the first to know about antibiotic resistance news.

The MeMed BV test, developed by Israeli biotech company MeMed with a $ 30 million grant from the EU and the US Department of Defense, does not directly detect the cause of an infection. Instead, it analyzes the “host response” – the different ways the human immune system responds to bacteria and viruses.

“This is a game-changer,” said Louis Bont, professor of pediatric immunity and infectious diseases at Utrecht University Medical Center in the Netherlands, who led a clinical evaluation of the test during its development.

His hospital has been using the test for three months. “When children come in with a cough, for the first time we can accurately find out if they have a bacterial infection, in which case we give them an antibiotic or a viral infection when they don’t,” said declared Bont. Results appear within 15 minutes.

Now, doctors often administer antibiotics to patients who present with a cough and temperature, in case they have a bacterial infection, Bont said, “which leads to massive overuse of antibiotics.”

MeMed began in 2009 when co-founders Eran Eden and Kfir Oved began experimenting in Oved’s grandmother’s kitchen with diagnoses based on human immune responses to infection.

Since then, they have attracted investments totaling $ 100 million from companies such as Social Capital and Western Technology Investment in California, Phoenix Insurance and Caesarea Medical Holdings in Israel, and Horizons Ventures in Hong Kong. An IPO may be on the mid-term horizon, “not in a few months and not in many years – maybe 24 months,” said Eden, who is the chief executive.

The company has around 100 full-time employees and is expanding its operations in the United States from a base in Boston. “We are also establishing a head office in the UK,” Eden added.

The BV test – performed on the company’s MeMed Key diagnostic machine – measures the levels of three proteins that appear in a patient’s blood at very different levels depending on whether the immune system is fighting a virus or bacteria. The results are particularly useful when the site of infection is unknown or inaccessible, making it impossible to perform conventional tests and collect tissue samples.

The cost of each test will be in the order of $ 100 during the first commercial deployment. “We are initially starting in hospital emergency departments, but we will move on to more decentralized sales, including family physicians,” Eden said.

Rich Bachur, professor of pediatrics and emergency medicine at Harvard Medical School, is also enthusiastic. “We have waited decades for accurate and rapid diagnoses to confidently guide the care of moderately ill children without a clear focus of infection or recognizable viral disease,” he said. “This new test promises to help differentiate children with self-limiting viral disease from those with possible bacterial infection, thereby supporting the judicious use of antibiotics.”