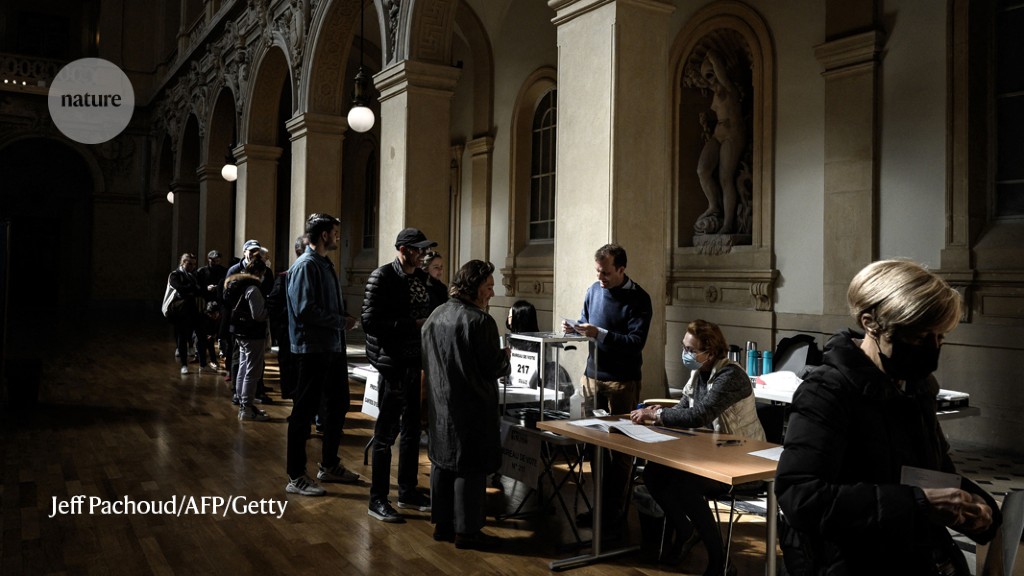 Before French voters headed to the polls on April 10, the two favorites – centrist incumbent Emmanuel Macron and far-right challenger Marine Le Pen – saw their approval ratings rise after the invasion of Ukraine by Russia.

Energy independence, defense and social reforms were at the forefront of the election campaign and manifestos of both candidates, published last month. Macron has sought to position himself as a wartime leader, pledging to increase military spending. Le Pen has offered tax cuts to soften the sting of rising inflation and said she would hold a referendum on cutting immigration rates.

French presidents are elected in two rounds of voting. Macron and Le Pen came out on top in the first round with 27.8% and 23.1% of the vote respectively. This means that they will face each other in the second round, which will be held on April 24, and one of them will be responsible for putting their campaign promises into practice by the end of this month.

Amid all the hubbub of these campaign promises, however, one topic seemed largely absent from the conversation: science.

“The near total absence of science and research from the debates is quite striking,” says Patrick Lemaire, president of the College of Academic Learned Societies of France in Rennes, an organization that aims to foster interdisciplinary research.

Other scientists are equally frustrated. “Without even taking into account the absence of academia and research from the debates, this entire presidential campaign is already meaningless,” said Bruno Andreotti, a physicist at the University of the City of Paris.

Many scientists are believed to have voted for Macron in 2017, which analysts attributed to opposition to Le Pen’s policies rather than an interest in Macron.

Philippe Askenazy, an economist and senior researcher at the CNRS, expects most academics to lend their voices to Macron again in the upcoming second round. “I am convinced that the vast majority of us will vote overwhelmingly for Macron even if we don’t support him in our hearts,” he said.

Andreotti and Lemaire are disappointed with the lack of specifics about science in the manifestos of the candidates. When the candidates discussed science-related issues, it was more about environmental policy. Le Pen has expressed a desire to see France ban imports of raw materials from deforestation, and she wants to pursue energy independence by extending the life of French nuclear capacity. Macron’s manifesto called on scientists to play their part in solving environmental problems and promised to continue building six nuclear power plants and increasing solar power tenfold. Center-right candidate Valérie Pécresse had pleaded for better remuneration for farmers given their carbon storage practices; and far-left candidate Jean-Luc Mélenchon said he would dedicate 100 billion euros ($108.6 billion) to environmentally and socially useful investments.

In higher education policies, candidates have focused more on student life than on research. Macron has promised to reform student grants. Le Pen, meanwhile, said she would ensure that foreign students leave France after completing their studies.

Macron, for his part, also said research should be a national priority, but his most controversial proposal on science was to increase the autonomy of universities to pursue their own research goals by revamping the funding system. This would be to the detriment of centralized research organizations like the CNRS. Some researchers fear that such a decision could end up making France’s research efforts less coordinated.

But these issues and policies have been largely sidelined in this presidential race. The reason for this apparent lack of interest in science and research among presidential candidates, Lemaire posits, could be depressingly simple: “The French public might not be very interested in science.” Data published in March by the Palais de la Découverte, a science popularization institution based in Paris, supports his theory. More than 3,200 French people were asked about their attitude towards science, 22% said that science was one of their main interests. And 40% of those polled expressed distrust of the scientific process, saying they did not believe the research community was able to independently validate its findings.

France, like much of the rest of the world, grapples with a number of other pressing concerns – all of which vie with science for attention. There is the war in Ukraine; a cost of living crisis; the economic challenge of an aging population; Le Pen’s ties to Russia; and anger over the Macron government’s public spending on private consultants.

“When you look at all of this, science just isn’t a central concern for the general public,” Askenazy says. “I think the research community has to take some responsibility for this. We did not spend enough time promoting the theme of research and science during the elections.

It could be that the researchers assumed that science would be a major talking point in the election, given that France is currently facing a rise in COVID-19 cases after most restrictions were lifted in March. Not so long ago, in 2020 and 2021, science was indeed at the center of public discourse as part of a global campaign to create a COVID-19 vaccine. France’s failure to develop a vaccine, however, could contribute to politicians’ reluctance to campaign on science-related issues, Askenazy says. Sanofi, the Paris-based pharmaceutical giant, led the charge to develop a French-made vaccine but faced delays, plagued by poor results in clinical trials. The Institut Pasteur in Paris abandoned its vaccination plans against COVID-19 in early 2021.

The deployment in France of vaccines made abroad, such as the Oxford-AstraZeneca formulation, was then beset with errors and logistical interruptions. The scientists who developed the Oxford-AstraZeneca vaccine even accused Macron of trying to reduce demand for their vaccine by criticizing its effectiveness.

Had a French company succeeded in creating a viable COVID-19 vaccine, Askenazy says, the science could have been a major talking point in the current election. “If France had been able to manufacture a vaccine, it would be an element of French pride,” he says. “Macron would have spoken about it in his manifesto as proof that his science policy was working, and I think Le Pen would have also trumpeted the vaccine as proof that the French nation is strong.”

The results of the first round of voting mean it’s the end of the road for other presidential candidates. Pécresse, who describes herself as one-third Margaret Thatcher and two-thirds Angela Merkel, a reference to the first female leaders of the UK and Germany respectively, had vowed to return France to fiscal responsibility by spending less . But she only got 4.8% of the vote. Perhaps the biggest surprise of the first-round results was Mélenchon’s performance. He complained that the market economy was “chaotic” during his campaign and said he wanted to raise the minimum wage, lower the retirement age and limit fuel prices. He won 22% of the vote, which was not enough to secure him a place in the second round, but he came a lot closer to what the polls had predicted just a few weeks earlier.

This article is part of Nature Spotlight on France, an editorially independent supplement. Advertisers have no influence on the content.