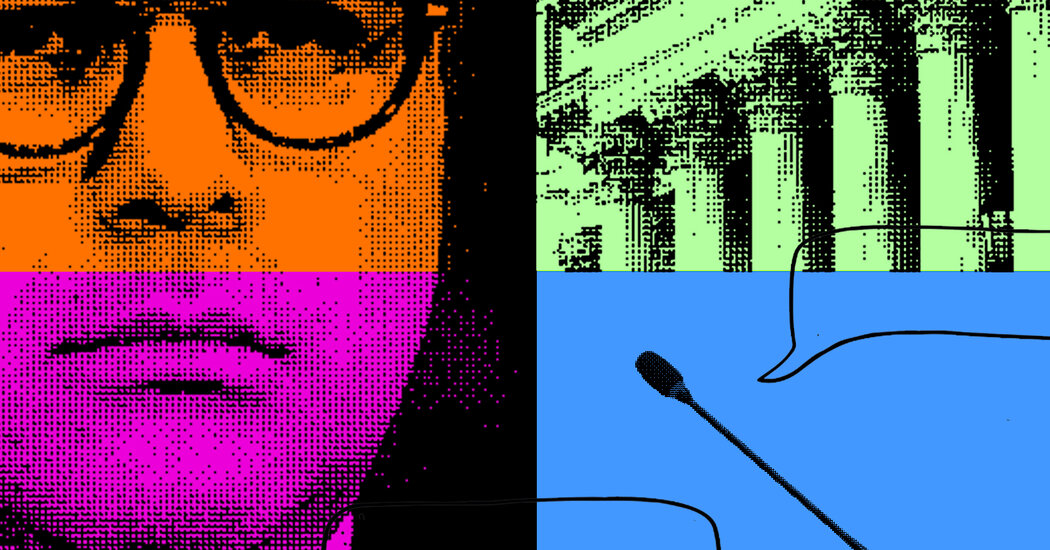 Could Jonathan Kanter have better timing?

I hardly think so, given the feast of love presented this week during its hearing before the Senate Judiciary Committee. Appointed head of the Justice Department’s antitrust division, Kanter, decidedly uncompromising on technology, spoke to lawmakers just as Facebook was being bombarded by persuasive whistleblower Frances Haugen.

Meanwhile, the social media giant was turning in all kinds of directions about Haugen. Among the whispered and very loud slander from the company is a person who was not in the room where it happened and who does not understand the documents they provided. But there were also darker things. People speaking on behalf of the company have suggested that Haugen was a thief, calling the reports “stolen”. (She’s not, given her status as a whistleblower.) Perhaps worst of all, there’s a crazy conspiracy theory lurking in the conservative media that she’s a factory inside Facebook for democratic / Google / socialist demons.

It’s more than a little sickening to attack the messenger, although not at all unusual, of course. Facebook is also trying to confuse what Haugen said. On Twitter, longtime political operator Steve Schmidt nailed the company’s effort perfectly, deconstructing a CNN interview with Facebook executive Monika Bickert. You should read the whole thread, but here is my favorite line: “The resulting quagmire is determined.” The answers are meant to be mind-numbing, boring, inaccessible and incomprehensible.

To say that Facebook worked on DC’s last nerf is an understatement, and Kanter took advantage of it. He walked through his audience with bipartisan praise to spare, indicating a rallying of lawmakers to stand up to Big Tech’s feet against the fire. He certainly has the virtue of being one of Washington’s foremost antitrust lawyers.

He’s obviously popular with the progressive wing of the Democratic side, but much of the kudos he has received has come from Republicans.

“Sir. Kanter has been a strong critic of Big Tech companies. Me too,” said Senator Chuck Grassley of Iowa, the GOP’s senior member of the committee. Senator Thom Tillis of North Carolina spoke about lawmakers on both sides joining hands and throwing themselves into the battle against technology.

Kanter will presumably be endorsed and join what is jokingly called on Twitter and at cocktail parties the new law firm Wu & Khan & Kanter – there are real mugs you can buy on the internet. The trio include Federal Trade Commission Chairman Lena Khan, who wrote about the need to change antitrust law, and Tim Wu, White House technology and competition policy adviser, who compared concentrated power from Big Tech to that of the companies of the golden age. The ancestry of these three certainly makes a powerful statement about the mood in DC that something has to happen now.

This is a good thing, because much of what happened was just talk and no action. Kanter pledged to remedy this, noting at the hearing that “I have been a strong supporter of vigorous enforcement of antitrust laws in technology and other areas.”

“Vigorous” would be new, but we’ll see how much it can accomplish without a broad consensus to amend antitrust law by Congress.

A hero gets his due

The news today that Filipino-American journalist Maria Ressa has won the Nobel Peace Prize should be a wake-up call to Facebook executives and, really, to all of tech. Given its new importance, it will be more difficult for social media companies to ignore its warnings about how dangerous their platforms are in the hands of malicious players. The founder of Rappler, a digital media company that focuses on investigative reporting in the Philippines, was the canary in the toxic social media coal mine after Duterte’s regime used her to prosecute her.

As the Nobel Prize committee said, she “uses freedom of speech to denounce the abuse of power, the use of violence and growing authoritarianism in her native country.”

And she paid a heavy price. As I wrote in the Times in 2019: “Rappler has scoured President Duterte’s brutal regime, publishing articles on extrajudicial killings and other human rights violations. In mid-2017, in a State of the Union address, the president retaliated by accusing Rappler of being owned by Americans (some of his investors are indeed from the United States). He tried to have his license revoked. Ms. Ressa was subsequently charged with tax evasion. Then the arrest for cyber defamation, which is considered a criminal act. The regime has also used social media to attack journalists such as Ressa with all kinds of disinformation.

Yet she persisted. And also begged tech companies to help him by removing false information from their sites as well as death threats directed at him.

“Facebook is now the biggest distributor of information in the world, and yet it refused to be the gatekeeper,” she told me in a 2019 interview. “And when it does, when you allow to the lies of actually being on the same ground as facts, it taints the whole public sphere.

In another conversation the year before, she told me, Facebook needs to “suppress lies”, later noting that “a lie told a million times is the truth.”

Well, here’s another truth about Maria: she’s my heroine.

Speaking of protecting people, California enacted the Silenced No More law this week. It aims to strengthen protections for workers who make allegations of harassment and discrimination. While a previous law banned the application of non-disclosure agreements in cases of sexual harassment, this one updates the effort to include discrimination based on race, religion, sexual orientation, etc. gender identity, disability or age.

He was defended by former Pinterest employee Ifeoma Ozoma, who broke the company’s NDA, along with colleague Aerica Shimizu Banks, to allege that there was racial discrimination on the social network and that he was difficult to report problems there. Ozoma recently launched the Technician’s Manual – funded by the Omidyar network – for those who need advice in the workplace. She describes it as a “collection of resources for tech workers looking to make more informed decisions about whether to speak up on matters of public interest.”

From Haugen to Ressa to Ozoma, it looks like the idea of ​​the quiet, contented tech worker is a tired trope that could finally be done.

Do you have any comments? Send a note to [email protected]