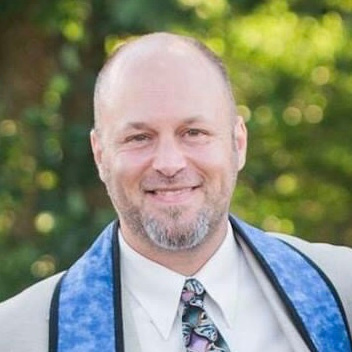 The rules have all changed now. We are no longer bound by the expectations of society regarding our religious devotions. Only decades ago, any American who did not belong to a church had a sidelong eye on the rest of society. One hundred years ago there were actually men who would roam the streets on Sunday mornings to collect your tithe if you were not in church. And you better have a good reason not to be there. Absenteeism from worship was even punishable in some places.

It recalls the resistance that has built up over the past decades to spiritual and religious rituals and ceremonies. But not just because of the obvious challenges people have with organized religion. We are now making a systematic assessment of every element of our human society. Nothing is forbidden to inspection.

Is this a good thing? Sure. It’s painful? Usually very. Everything will be fine in the end, I promise. There is a lot to admire as we humans are always looking for ways to make things better.

In the meantime, however, we – especially this current set of generations – submit to the excruciating task of evaluation in a way that future generations will never have to. Fortunately.

The irony is that, in the action of it, we often neglect an aspect of our humanity that we badly need in order to better cope with this very process that we have undertaken. That of the ritual and the ceremony.

Spiritual, religious and metaphysical rituals and ceremonies have been criticized by the more pragmatic skeptical world. And while this is a necessary part of the sorting process, it must be recognized that science supports the need for it, even if it does not confirm the cosmic claims that each tradition makes of their purpose or function. Long story short, there are some good things here and you could probably use some of them.

Science has repeatedly shown that rituals and ceremonies improve confidence and emotional stability, soften the effects of grief, and even improve the taste of food when made with care and intention.

Certain rituals, of ancient origin, have been found to have surprisingly beneficial aspects, which science only now recognizes. Purification ceremonies, for which water is the ubiquitous ingredient in all cultures, have often included the burning of various plants, such as sage and sweetgrass here in the Americas. It has now been discovered that these plants have the power to not only spiritually but also physically cleanse an environment from bacteria and other contaminants. And of course, the wet cleaning rituals also have the added benefit of cleaning not only his soul, but also his sprouted hands.

Yesterday my husband decided to sweep our apartment. Not only sweep up dirt, but more too. He began to conceptualize dirt as an inhibitor of good communication, old heavy feelings, resentments, grief. He walked through the rooms and, one by one, he got it all back in his mind, mingled with the debris, and swept it out the back door. We picked it up in a pile and ritually threw it on the embankment behind our house.

To anyone looking at us, it would have just looked like dirt thrown onto an embankment as a result of cleaning the house. Throwing it on an embankment, however, was better symbolism and therefore a better ceremony.

Where can you add a ceremony to your life? Where can you take everyday events, like house cleaning, and turn them into something more powerful? (By the way, it’s called mindfulness.) Also, where can you create new opportunities to create your own ceremonies and rituals? Because there are no more rules. You can research the symbolisms of various traditions and use them in spiritual experiences that resonate with you. This is what will give them the most beneficial impact after all: your belief.

Consider adding a deliberate metaphysical ritual to your experience, regardless of your belief in the claims of any religion or spiritual tradition. Atheism and agnosticism are not mutually exclusive in metaphysics. There is enough science to support its existence in your life.

As any valid spiritual practice should.

Wil Darcangelo, M.Div, is Minister of UU First Parish Church of Fitchburg and Christ’s First Unitarian Church in Lancaster, and Producer of UU Virtual Church of Fitchburg and Lancaster on YouTube. Send an email to [email protected] Follow him on Twitter @wildarcangelo. His blog, Hopeful Thinking, can be found at www.hopefulthinkingworld.blogspot.com