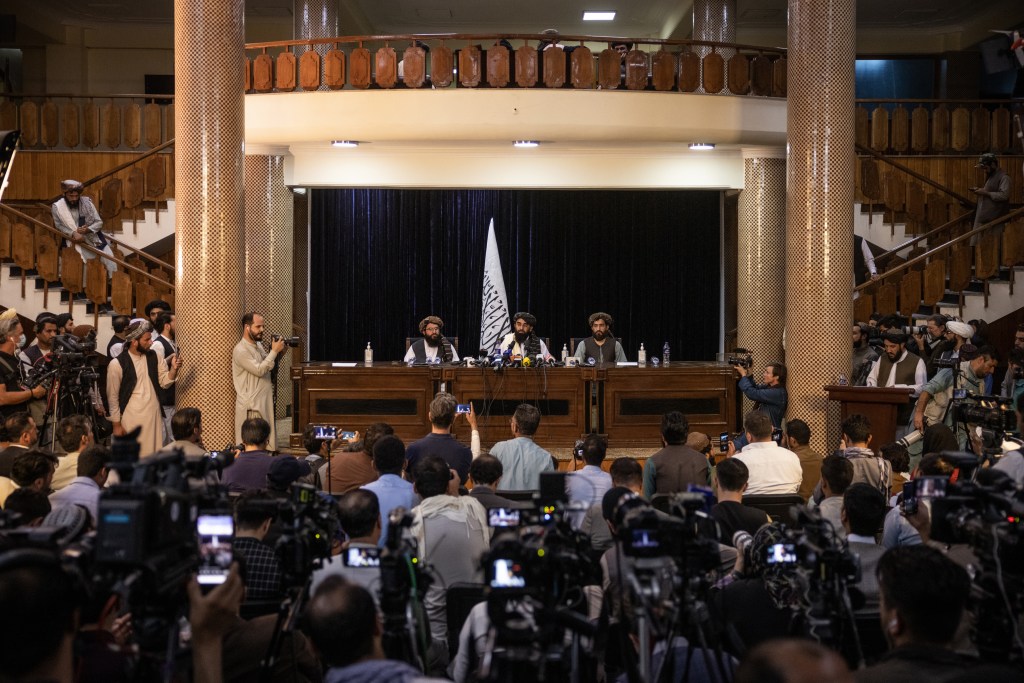 How will countries respond to the Taliban’s call for international recognition as the legitimate government of Afghanistan? It depends on whether the Taliban’s actions begin to match their commitments to form an inclusive government, ensuring to prevent foreign militant groups, including al-Qaeda, from using Afghan territory against the United States and their allies, and to protect the human rights of all Afghans. , especially girls and women.

Defending several new appointments to the all-male interim cabinet announced on September 7, spokesman Zabirhullah Mujahid said: “It is the responsibility of the United Nations to recognize our government. [and] for other countries including European, Asian and Islamic countries to have diplomatic relations with us. Some new cabinet members are from ethnic minorities – Hazaras, Tajiks and Uzbeks – but there are no women. Most are loyalists and Taliban extremists, and several are on the UN sanctions list. The elections were not mentioned.

Since the Taliban took power on August 15, several NGOs have documented human rights violations committed by the Taliban, including retaliatory attacks and targeted killings of civilians, especially human rights defenders, and Afghan soldiers. who had surrendered.

Although the government has promised to protect the human rights of women, many Afghan women are so afraid that they will not leave their homes without a male guardian. And their protests in many cities have met with violent repression and beatings.

Although boys can go to school up to secondary level, girls are only allowed up to the sixth grade. A Taliban spokesperson said “a safe learning environment” was needed before girls could return to high school. He said the Taliban was “finalizing things” to allow the girls to go back to school. New rules of education, such as girls and women, can only be taught by female teachers or, if there are not enough women, by older, “godly” men. Women can only study at universities separated by sex.

The fear that the Taliban will restrict women’s rights is coming true. The Ministry of the Status of Women is now the “Ministry of Preaching and Guidance and Propagation of Virtue and Prevention of Vice”. Twenty years of reform and progress are fading away. It remains uncertain whether women can be allowed to work and under what conditions.

Under international law, each government has full political discretion as to the recognition of a new government, especially one that comes to power through the use of force. Restrictions on women and their exclusion from government will certainly be a major obstacle to the international recognition sought by the Taliban.

The United States, for example, did not recognize the Communist governments of China and the Soviet Union for decades, despite their effective control over their territories. Besides effective oversight, legitimacy is another consideration that countries take into account. When the Taliban ruled Afghanistan from 1996 to 2001, only three governments – Pakistan, the United Arab Emirates and Saudi Arabia – recognized it. This time around, even Pakistan and China – both of which have hailed the Taliban takeover – do not seem in a rush to grant recognition.

The UN’s mission is not to recognize governments. The question is rather to know who represents a country? On September 20, the new Afghan leadership sent a communication to Secretary General António Guterres with the letterhead “Islamic Emirate of Afghanistan”, signed by Ameer Khan Muttaqi as Minister of Foreign Affairs, requesting address to the General Assembly during High Level Leaders’ Week. , the annual gathering in session from September 21 to 27. Five days earlier, on September 15, the currently accredited Afghan Ambassador, Ghulam Isaczai, sent the Secretary-General a list of the Afghan delegation. After due deliberation, the General Assembly Credentials Committee, made up of nine members, will determine who represents the country. And it will take time.

As the Taliban seek international recognition, they should be given a clear message that, as a precondition, they must respect and protect the human rights of all, especially girls and women, that they must prevent foreign militant groups. to use Afghan soil against other countries, and that human rights defenders, aid workers and others at risk should be granted safe passage and uninterrupted evacuation.

Ved Nanda is a distinguished university professor and director of the Ved Nanda Center for International Law at the University of Denver Sturm College of Law. His column appears on the last Sunday of each month and he accepts comments at [email protected]

To send a letter to the editor about this article, submit it online or see our guidelines for how to submit by email or post.