The Montezuma-Cortez RE-1 School District recently moved to four-day school weeks and plans to maintain the schedule next year. 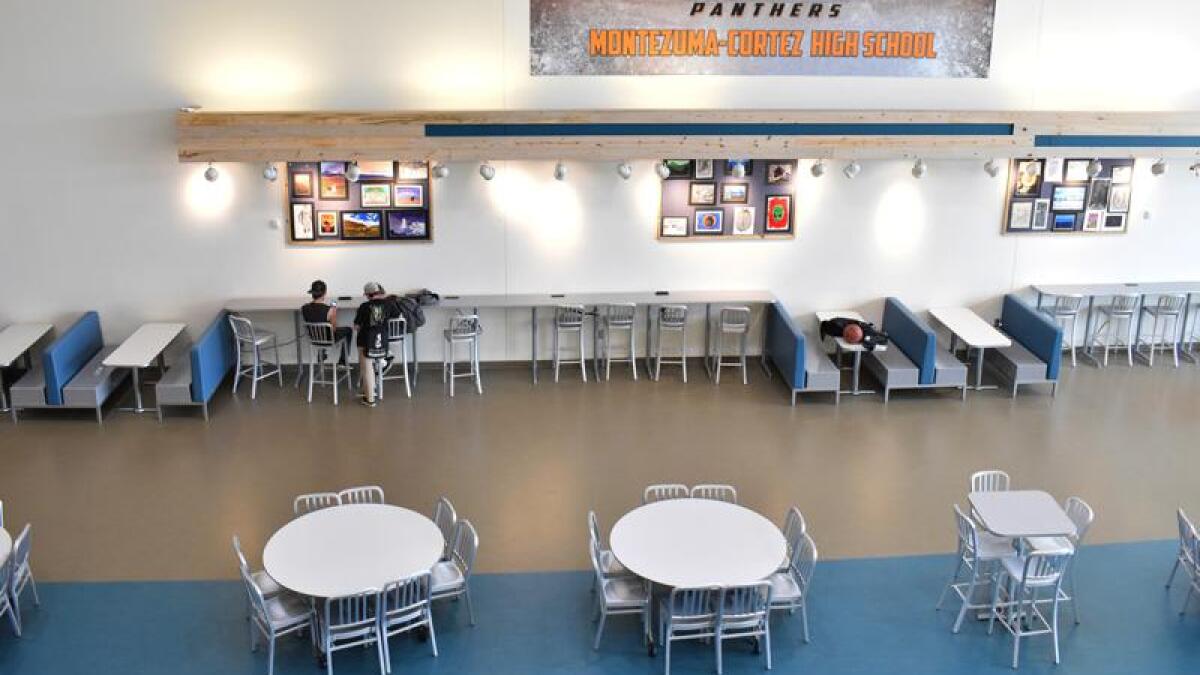 Speculation has begun over whether the shortened school weeks will continue in the next school year in the Montezuma-Cortez RE-1 School District, after schools moved to four-day schedules when classes resumed this month.

Even if four-day school weeks are re-enacted, next school year’s calendar will be logistically different from this year’s, which was changed mid-year.

The RE-1 school board discussed three potential new schedules at Tuesday’s meeting.

Schedules have not yet been finalized or made available to the public for review.

Board member Sherri Wright read previews of each. One plan proposed returning to five-day school weeks and suggested 169 or 171 school days. The other two retain condensed weeks — one of 160 days with time off for holidays such as Presidents’ Day, and another of 146 days with no additional holidays.

In Colorado, schools must schedule 990 student contact hours at the elementary level and 1,080 at the high school level. Schools are required to be in session 160 days, but can request exemptions from the state.

The initial move to four-day weeks received an outpouring of support from staff and student families, and was seen as bringing relief to overworked teachers amid staff shortages.

However, conflicting conversations and opinions resurfaced at Tuesday’s board meeting.

Among the concerns mentioned were an added burden on working parents, with longer school days being too exhausting for young learners, at-risk students losing school sanctuary on Fridays, and students staying too long at school. school without rest after the winter holidays if there were no additional holidays.

“It’s where they feel safest, and high-risk kids sometimes don’t feel safe at home,” said new board member Layne Frazier. “They are fed, they know they are going to be cared for. They know their teachers care about them and they feel safe.

It was later reported that 38 of the 63 students who signed up attended Project Piñon’s first “Fun Fridays” at Mesa Elementary, where students are treated to a full day of activities and breakfast, lunch and snacks.

Board member Stacey Hall asked if the school district could implement a similar program in addition to Project Piñon activities.

Kyle Archibeque, director of finance, said the district has enough state money to run its own Friday business for two years. This state money, he said, was distributed to address learning loss due to the pandemic.

It was noted that the high school’s Saturday school was moved to Fridays.

School board student representative Avery Wright said that despite her fully advanced class schedule, four weeks of daytime hours have been manageable and that she enjoys working from home on Fridays while spending time with her parents.

She told the council that she felt the teachers were available to help on Fridays.

Council members also weighed in on the benefits of shorter weeks for teachers, who now have more planning time.

“We can’t be exactly like them, but we can learn from what they’ve done before us,” he said at the meeting.

Wright said it was important to align spring break with the Mancos and Dolores school districts and Pueblo Community College for dual-enrollment students.

The school calendar discussions are part of the larger conversation about potential elementary school consolidations in the city and salary calendar adjustments in talks for next year.

The relational sabotage scale: quantifying why we undermine each other in love | Relationships

Do you feel constantly criticized by your partner? Do you sometimes check their social media profiles? Are you going to admit them if you know you are wrong about something? If you strongly agree or disagree with some of these statements, you could end up with a high score on the Relationship Sabotage Scale. Developed […]

If irresponsible teens were to develop school grading standards, they would look a lot like what the Clark County School District is currently envisioning. Thursday night, the board of directors is due to vote on an overhaul of district ranking practices. The changes would apply to all schools in the district and fundamentally alter grading […]

Researcher studies impact of COVID-19 on people living with HIV

Breadcrumb Links Local News The management of COVID-19 in people living with HIV may be different – and a U of S researcher is hoping to help find the best course of treatment. Author of the article: Brooke Kleiboer Topaza Yu undergraduate kinesiology researcher. Photo provided Content of the article Topaza Yu, an undergraduate student […]