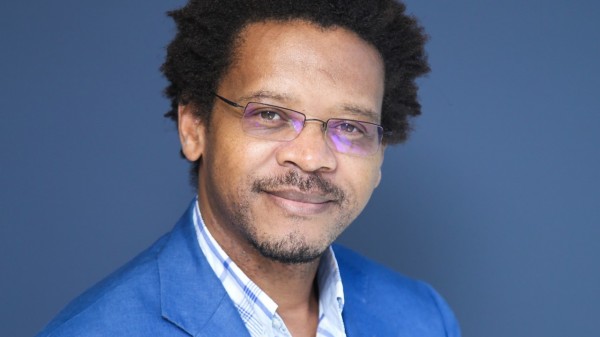 Newswise – South African geneticist Ambroise Wonkam, MD, Ph.D., D.Med.Sc., has been selected as director of the Department of Genetic Medicine at Johns Hopkins Medicine and the McKusick-Nathans Institute for Genetic Medicine. An advocate of diversifying the pool of genetic reference data that scientists often use to make genetic discoveries, Wonkam has made essential contributions to sickle cell research, hearing loss, medical research ethics, and education. genetics.

He is expected to lead the department from Jan. 1, succeeding David Valle, MD, who will remain at Johns Hopkins faculty and continue his research and clinical duties.

“To make genetic medicine a global good for understanding the variability between us, we need to understand our genome as much as possible,” says Wonkam. “We have a duty to continue this work and to make innovations in genetic medicine sustainable and equitable for all populations. “

He remained at the University of Cape Town and quickly became Professor of Medical Genetics, then Assistant Dean of Research and Director of GeneMAP (Genetic Medicine of African Populations), an effort to increase the representation of the genetic diversity of African populations in the genetic reference genomes. .

“We are delighted to welcome Dr. Wonkam to the leadership of the departments in our medical school,” said Paul B. Rothman, MD, dean of the medical school and CEO of Johns Hopkins Medicine. “He brings to Hopkins a diverse and extensive body of research and clinical experience that will serve as the foundation for our institution’s continued leadership and innovation in the field of genetic medicine.”

Wonkam is the author of over 180 peer-reviewed research publications and directs numerous National Institutes of Health grants. His research has focused on the psychosocial aspects of sickle cell disease and the genetic links with the symptoms of the disease.

In his research on hearing loss, Wonkam worked on genetic sequencing studies to find new types of genetic variation that lead to hearing deficits. His work found that three genes long linked to deafness do not play a major role in most African populations, making routine testing in these populations unnecessary and less useful in diagnostic practices.

Wonkam has long advocated increasing the number of Africans represented in reference human genomes that provide a baseline comparison for many scientists performing genome-wide association studies. Genomes, notes Wonkam in a recent Nature Commentary, huge amounts of data are missing that represent the genetic diversity and variation of African populations. At stake, he says, is the ability to develop treatments and diagnostics that work equitably in all populations.

This year, Wonkam won the Alan Pifer Prize from the University of Cape Town. He also received the Clinical Genetics Society International Award from the British Society for Genetic Medicine. He is the current president of the African Society of Human Genetics.

Wonkam will oversee nearly 40 faculty members who are the core members of the Department of Genetic Medicine. The department also includes genetic counselors, nutritionists, nurses and medical assistants who work with faculty to provide diagnostic, management and counseling services to pediatric and adult patients hospitalized at Johns Hopkins Hospital as well as in nine outpatient clinics.

Each year, professors and clinical staff in the Department of Genetic Medicine see approximately 4,000 pediatric and adult patients with genetic disorders of the cardiovascular systems and connective tissue and other conditions, including inborn errors of metabolism, mitochondrial disorders. , malformation syndromes, skeletal dysplasias, intellectual disabilities and neurodegenerative diseases.

With approximately $ 35 million per year from federal and other sources of funding, scientists at the ministry study the genetic and genomic aspects of everything from rare monogenic (Mendelian) disorders to complex common traits. The department has trained more than 1,000 medical students and graduates, residents and practitioners.

Wonkam is available to answer questions from reporters on a wide variety of genetic medicine issues, including sickle cell anemia, the genetics of hearing loss, ethical issues in genetic medicine, and genetic diversity, variation and sequencing.